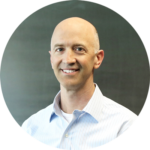 Kyle grew up in Odessa, Texas and came to Fort Worth to attend TCU, where he received his BBA in Finance in 1992 and MBA in 1994. He has worked at Central Bank & Trust, Corbin & Company and Paine Webber, which later became UBS Financial Services, and continues to work there as a Financial Advisor in Wealth Management. Kyle and his wife, Sarah, live in Keller with their children Justin and Grace (a Ewing sarcoma survivor). 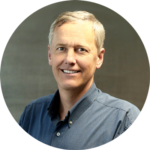 John was born and raised in Fort Worth, Texas. He received a bachelor’s degree in Civil Engineering from Duke University in 1983 and a graduate degree from the University of Texas at Austin in 1985. John has worked at Freese and Nichols in Fort Worth since graduating. He is currently a Principal and Vice-President of the firm. John has four children, a son-in-law and three grandchildren. Along with his wife, Laura, John co-founded the Rutledge Cancer Foundation. He is the father of Carley Rutledge whose inspiring journey as a cancer survivor prompted the formation of the Foundation. Sadly, Carley passed away in 2021 after living with cancer for 11 years. 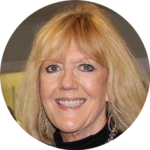 Donna grew up in Jacksboro,Texas and Graduated from Texas Tech University in Lubbock with a BBA in Finance in 1981. She worked for American Quasar in the 1980’s, sold Real Estate and Specialty Advertising. She had an Art Gallery for 16 years in Fort Worth and currently continues with an online Art Gallery. She is married to her husband Ross and they have one son, Corbin, who is attending Abilene Christian University. 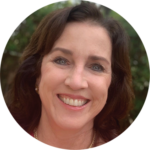 Dana grew up in Fort Worth, Texas. She graduated from Texas A&M University in 1976 with a B.S. in Microbiology and later in 1982 with an M.S. in Immunology. She held research technician roles both at Texas A&M and the University of Alaska, Fairbanks before being hired at Alcon Laboratories in 1983. At Alcon she transitioned to Clinical Development within Research and Development. Dana assumed roles of increasing responsibility in her tenure at Alcon, managing ophthalmic human trials for both drugs and devices until 2016 when her role was transitioned to Novartis Pharmaceuticals. Dana has continued her work managing ophthalmic trials at Novartis. She is responsible for trials which supported the filings for several drugs and devices that have been marketed by Alcon and Novartis.

Dana married her husband Jim, also a native of Fort Worth, in 1989 and they raised a son, John and a daughter, Jamie. Both are married and her son and his wife are recent proud parents of a baby boy.
Dana enjoys volunteering in the community through church as well as for other worthwhile causes. She and Jim are lifetime PTA members and are proud of their work in recent years with two local Title 1 schools. She served previously on the Board of the Salvation Army First Choice program for mothers in recovery. 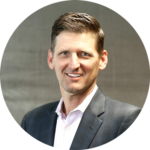 Chris grew up in Houston, Texas and graduated in 1989 with a BBA and MBA from the University of Texas at Austin. Chris moved to the Dallas-Fort Worth area to start a 25-year career with Sabre, a global travel technology company, where he held various senior sales, general management, and marketing positions, including four years as Chief Marketing Officer. Chris now operates Chris Kroeger Consulting, LLC and is a partner in Social Venture Partners, an organization focused on helping non-profits drive greater impact in their communities. He is also an Adjunct Professor of Marketing at TCU. Chris lives in Keller, Texas with his wife Stacy and his children Sage and Kysen. 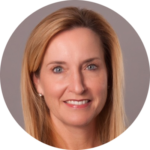 Lisa grew up in McAllen, Texas. She graduated in 1989 from the University of Texas at Austin with a BBA in Mechanical Engineering Route to Business. She moved to Houston, Texas with her husband John and built a career in the oil and gas industry, working for Koch Industries and Tenneco Gas Marketing. Lisa and her husband John have two sons Ben and George and a daughter, Katherine. In addition to the Rutledge Cancer Foundation, Lisa has served on the boards of Houston Tri Delta Alumnae and Bayou Villages National Charity League. She is currently a volunteer at the Kinkaid School, an active member of Chapelwood United Methodist Church, and a member of the National Charity League and a sustaining member of the Junior League. 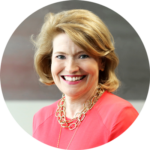 Tamara grew up in Dallas, Texas. She graduated from Abilene Christian University in 1984 with a B.S. in Biology. It was there that she met her husband, Dan Reese. They married in 1986 and moved to Lubbock, Texas for him to attend Texas Tech University Law School. While in Lubbock, she worked at the Texas Tech Health Science Center as a research technician specializing in tissue culture and monoclonal antibodies research in the Biochemistry department. They moved back to Fort Worth in 1990, and she began working at UNTHSC, formerly TCOM, in the Biochemistry department. She was a tissue culture specialist with a focus on developing both skin and eye “equivalents” to be used for pharmaceutical research. She retired from that role in 2007, and now focuses her time on being a community volunteer as well as baking and cooking for her small business, T’s Pantry. She and Dan have two sons, Connor and Keller, a daughter-in-law and a granddaughter. 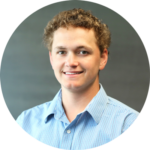 Grant was born and raised in Fort Worth, Texas, and graduated from TCU, with a major in Finance and a minor in accounting. After college, Grant began his career at Lockheed Martin and is currently employed as a financial manager. Carley Rutledge was Grant’s sister, a cancer survivor, and his inspiration to improve the lives teens and young adults with cancer. 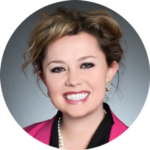 Caroline S. Samis is a Business Development Officer for the Wealth Advisory Group with Frost Bank. She focuses on generating new Private Trust and Investment Management Services for the North Texas region. A fifth generation Fort Worth native, Ms. Samis is an SMU graduate, former Washington, D.C. Capitol Hill staffer, and a Development Fundraising Officer at her alma mater, All Saints’ Episcopal School of Fort Worth. More recently she worked with The Northern Trust Company as Senior Wealth Strategist Associate where she was essential in helping the Fort Worth team build their clientele of high net worth individuals and families over a five year period. Ms. Samis is involved in the Fort Worth community serving on the Board of the Cliburn Foundation and Nominating Committee, the Board of the Union Gospel Mission of Tarrant County, most recently the Rutledge Cancer Foundation, a member of the SMU Fort Worth Alumni Chapter Leadership Committee, and the Pi Beta Phi Fort Worth Alumni Chapter. 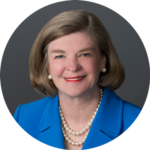 Angie graduated from Vanderbilt University with a BS in Nursing and was an oncology nurse at Children’s Memorial Hospital in Chicago where she met her husband David. David is a retired pediatric neurosurgeon, who practiced at Cook Children’s Medical Center in Fort Worth. Angie and Dave have three sons, Ben, Kevin and Wyatt; two daughter-in laws and four grandsons. Tragically, Angie and Dave lost their son, Wyatt, in 2021. In addition to the Rutledge Cancer Foundation, Angie has served on and been President of the Boards of Jewel Charity, Ronald McDonald House of Ft Worth, CASA of Tarrant County, Tarrant County Medical Society Alliance, and the Texas Medical Association Alliance. She currently serves on the Board of the Texas Medical Association Foundation and is the President of the Woman’s Board of Cook Children’s Medical Center. 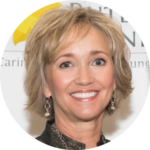 Laura grew up in McAllen, Texas and graduated from the University of Texas with a BS in Finance. She worked in the Mortgage Business for 8 years. While raising her four children she volunteered in her community and served on the boards of two schools. She currently serves as Rutledge Cancer Foundation’s Executive Director and Board Member. Laura spearheads investigating cutting edge sarcoma research and builds collaborative relationships between the medical, biotech and research communities. She and her husband John have four grown children: Meredith, Blake, Carley and Grant, a son-in-law and three beautiful grandchildren. Tragically, their daughter Carley passed away in 2021, after living with cancer for 11 years. 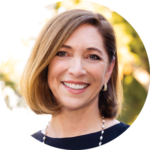 Carolyn grew up in Fort Worth, Texas and graduated from the University of Texas at Austin with a Bachelor of Science in Architectural Studies in 1983. Post graduation she worked for Graham Associates in Arlington, Texas and Dunaway Associates of Fort Worth in Site Design, Land Planning, Platting and Zoning. She spent the next years raising her three sons and volunteering extensively in the community both in Fort Worth and Seattle, Washington. She is now Development Director of Rutledge Cancer Foundation and volunteers at Christ Chapel Bible Church and at South Hi Mount Elementary. Carolyn and her husband, David, have three grown sons, Freese, John David and James. 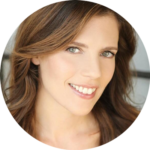 Ingrid grew up in Fort Worth, Texas and graduated from Texas Christian University with a Bachelor of Science in Journalism. She has worked in Communications and Change Management for the past 10 years, most recently for a large, multinational corporation. Prior to her professional life, she pursued a career in the performing arts and volunteered for several non-profits while living in New York and Los Angeles. Ingrid lives in For Worth, Texas and has two children: Anna and William. 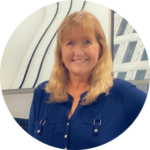 Celia moved to Fort Worth, Texas in 1975 and is a graduate of Tarleton State University with a Bachelor of Business Administration in Accounting. She is currently working towards a CPA certification and brings over 20 years of accounting experience with 10 years in public accounting. Celia’s passions include traveling, volunteering at Alliance United Methodist church and spending time with her grandchildren.